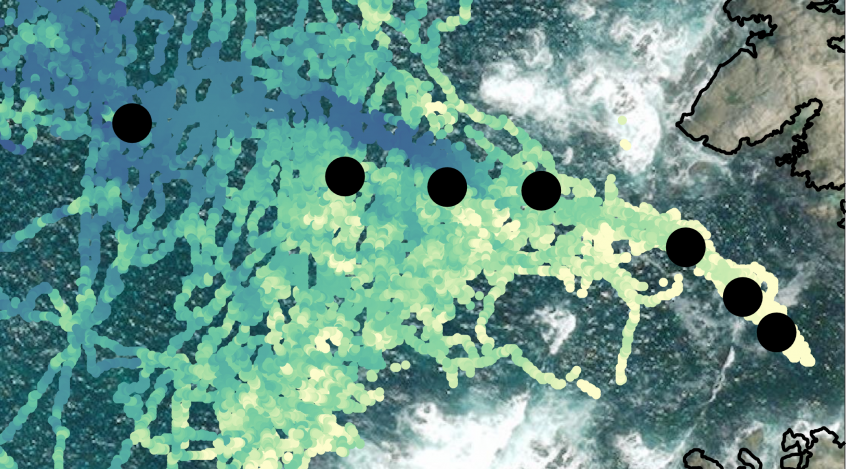 Walk around Asilomar and you will see giant rocks along the shoreline. But what does the ocean floor look like off from the coast? How big are the rocks that we can’t see beneath the surface of the ocean? These are crucial questions in ROXSI because the shape of the sea bed determines how the waves shoal and break as they approach the coast. 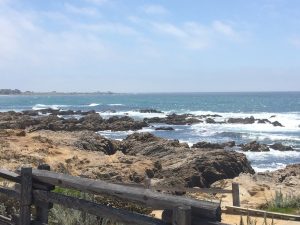 Scientists measure the water depth (a.k.a bathymetry) with sound waves. It works like the echolocation of bats, dolphins, and Marco Polo. An instrument (a.k.a echosounder) emits sound, which reflects from the ocean bottom and creates an echo that the instrument can hear. Since we know the speed of sound, we can measure the time interval between emitting and receiving a sound pulse and then calculate the water depth. By the way, the sound from our echosounder has a frequency of 1 MHz, which can’t be heard by neither humans, dolphins, nor whales.

At deeper water, an echosounder can be used from a ship. However, our boat captain is rightfully not keen on driving too close to the rocks. That’s where our divejet surveys come into play! We have rigged an echosounder and a GPS at the front of our electric vehicle so we can swim over shallow areas to measure the bottom depth. 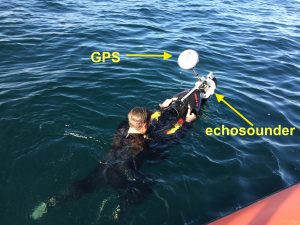 Pat getting ready to drive the divejet.

After 5 hours of survey, we have successfully mapped the bathymetry along our moorings closer to the shore at Asilomar. Large patches of rock — of up to 3 meters (10 feet) high — are observed in most areas that we got measurements. A channel with smooth (and sandy) bottom cuts through the rocks in the northern part of the bay. You can also see the big rock where the small-scale array was deployed. We will learn how this ocean bottom affects the waves when we recover the instruments that are currently in the water measuring the waves. Until then, we will combine the echosounder data with drone measurements to provide an even richer map of the rocks at Asilomar. 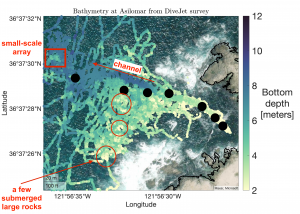 Bathymetry from the divejet survey on the 5th of July. The black dots are the locations of some of our moorings (if you go to Asilomar, you will see floats at the location of these moorings).

So next time you are enjoying Asilomar State Beach and see the pelicans hanging motionless upon the air, just remember that deep beneath the rolling waves, the echo of a purposefully emitted sound is how scientists measure the depth of the ocean.