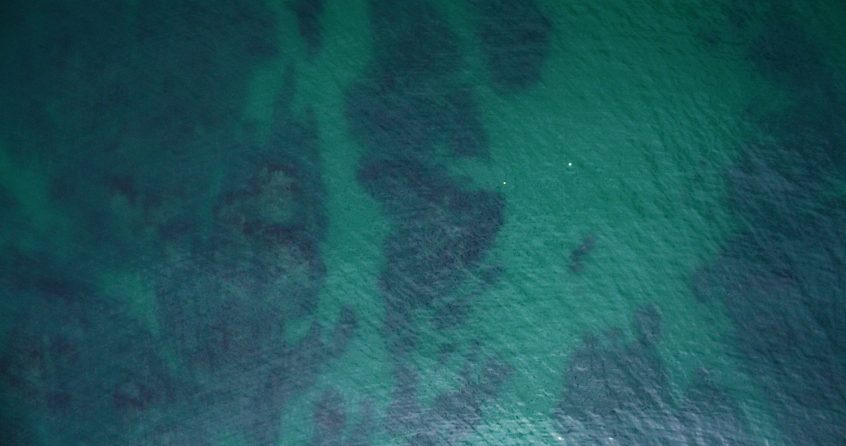 When flying our drone Asilomar State Park, we and the Parks rangers are often asked if we’re looking for sharks or other wildlife in the water for our research.  While the answer is generally “not-really” — our goal is to measure the waves and currents in the nearshore — we do in fact get beautiful views of the seabed and water column.  If a shark was out there, we would see it!  On the morning of July 4th, the visibility was especially clear and waves were small, perfect for imaging the seabed with photographs.  The tide was also low, good for collecting inter-tidal topography with our lidar.  June Mika and Greg celebrated the early part of Independence Day by collecting a lot of great data!

The OSU drone uses a 6k down-looking camera to capture high-resolution images, and a scanning lidar to measure the corresponding 3d shape of the ground or water surface.  Below is an example of the lidar point cloud, showing the rocky topography of Pico Bay. 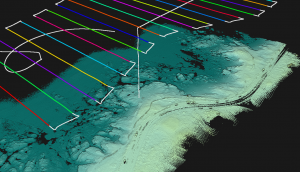 Lidar survey of Pico Bay and the adjacent point to the south at low tide July 4.  Asilomar Drive is visible along the coast on the lower-right.  Colored lines show the flight path of the drone.

Here is an example image from the down-looking 6k camera, showing the “small-scale array” region where Johanna’s group has installed bottom-mounted ADCPs.  Even the small (1-2ft-sized) bottom-mounted instruments are barely visible on the seabed — if you know where to look.  When time permits, we plan to use the images to pinpoint instrument locations, and to create an orthorectified map as a visual reference of the seabed. 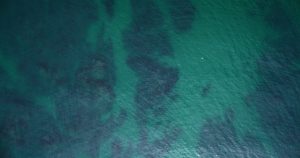 The below video shows a drone transit over nearly the entire cross-shore array, out to about 1 km offshore.  Warning, the data are not yet motion-corrected, so it is a bit shaky.