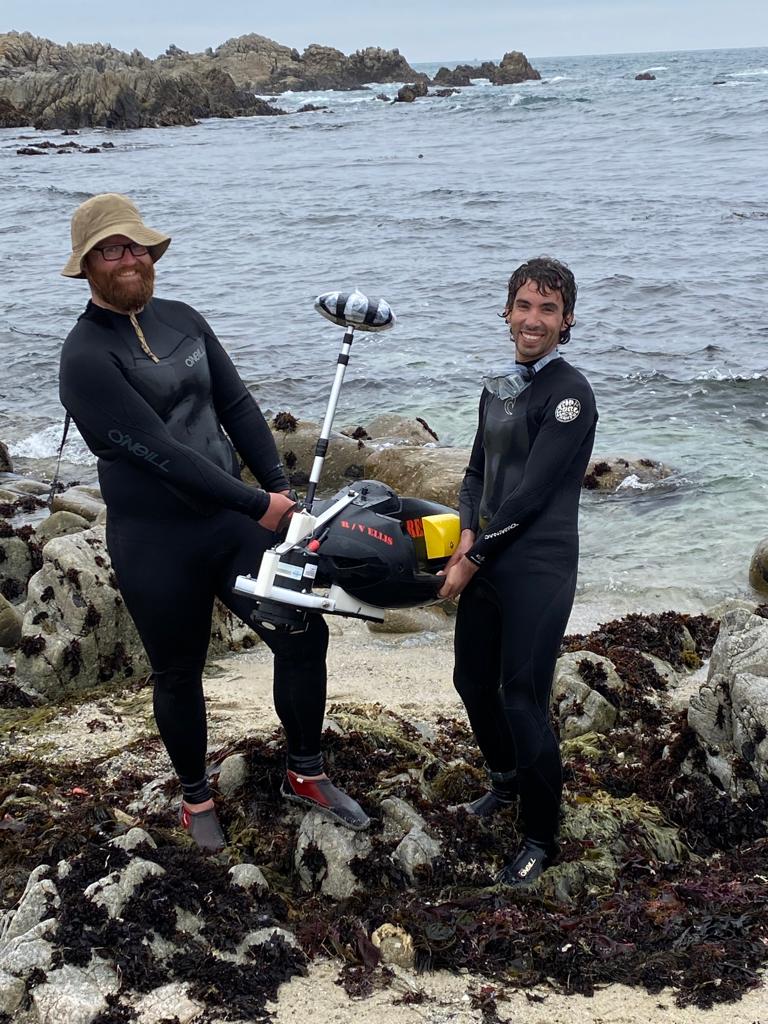 The waves were minimal today, which made for a great day to bring out the divejet for the survey. A Signature 1000 ADCP was mounted on the divejet with the transducers facing down as drivers drove around the array on the surface of the water to cover areas that weren’t already covered by instruments. Drivers took 45-60 minute shifts on the dive jet in the morning before it ran out of battery. After it was recharged, they went back out and did more surveying in the afternoon. Plenty of water time for the whole divejet team.

The Small-Scale Crew dived on the Asilomar rock one final time to measure instrument positions, secure harnesses, and remove lines that had been installed to aid navigation around the site. The dataset begins!

All in all, a very productive day for all groups! 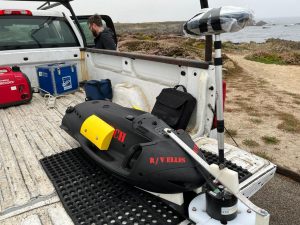 Divejet with ADCP mounted on it 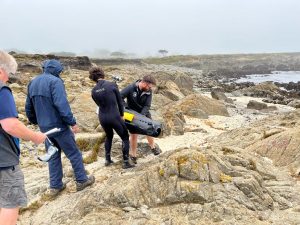