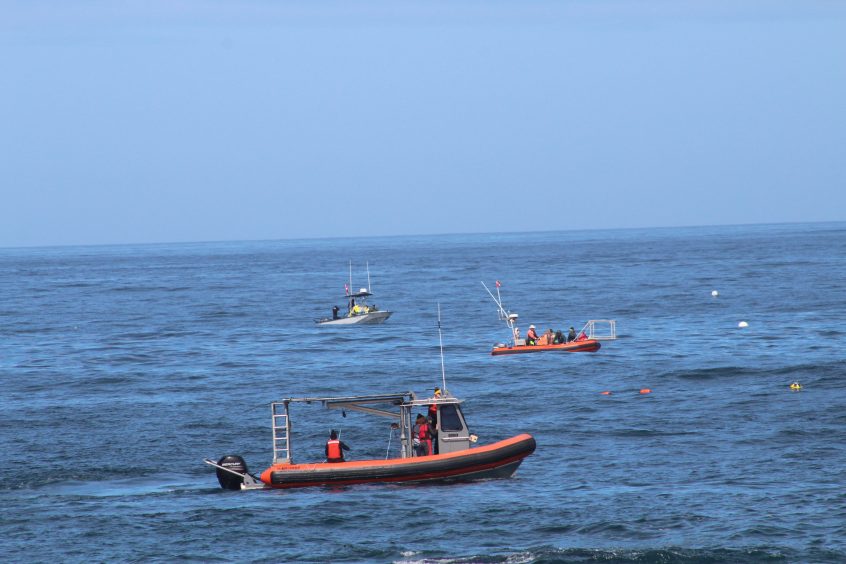 The past couple days of deployments were hindered by wind and waves so it was a relief to have a day of glassy morning conditions with clear skies and good weather. It was a productive morning offshore, with more instrument deployments than the last two days. The dive team of Loren and Lucian aboard the Moss Landing boat got in an astounding nine dives each, checking that the various instruments were situated upright and level on the seafloor. The R/V Sally-Ann crew also got in their fair share of dives and were happy with the improved water clarity. 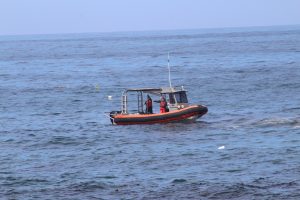 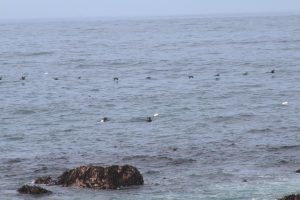 Along the shoreline, deployments were finished up with the use of multiple surfboards to deploy the remaining pressure sensors. Ratchet straps were used to attach the pressure sensors and their 35 pound weights to the boards as they were paddled out to the deployment zone. 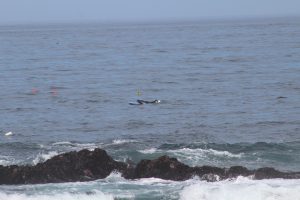 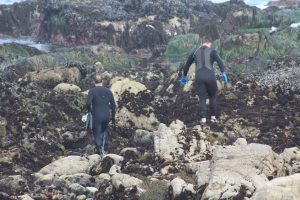 Meanwhile, OSU got busy and set up their seaside tower, which has cameras 30 feet in the air at the top of the tower pointing towards the small-scale array at the Asilomar site. A meteorological system will later be added to the tower which will measure atmospheric variables. 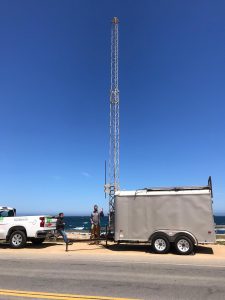 OSU’s tower set up at Asilomar (Greg and June) 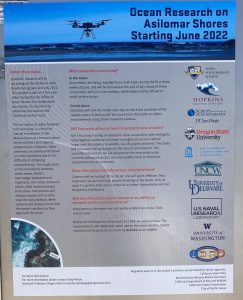 Flyer on the tower trailer