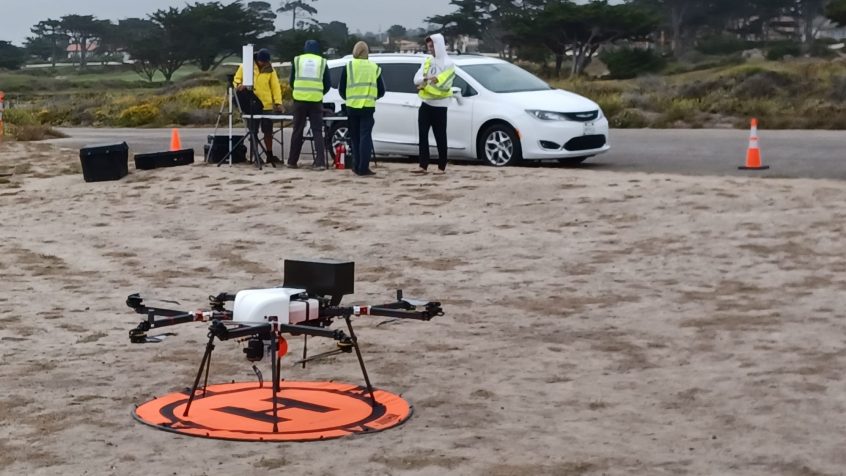 The weather miraculously cleared up enough for the Skyfront LiDAR Drone to go out for its first flight in Monterey today at China Rock. After some setup issues, it lifted off its landing pad.    The drone was successful in flying for over an hour hovering at a few locations at 30 m above the ocean.  We collected some great lidar and visual data of the waves in around the rocky coastline of the China Rock large-scale array.     No marine mammals were observed in the region of the drone during flight. 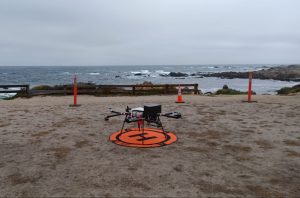 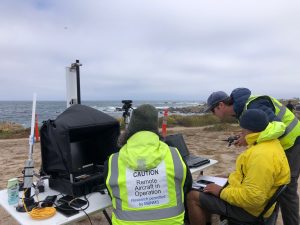 Falk, Kent, and Rob focused on flying the drone