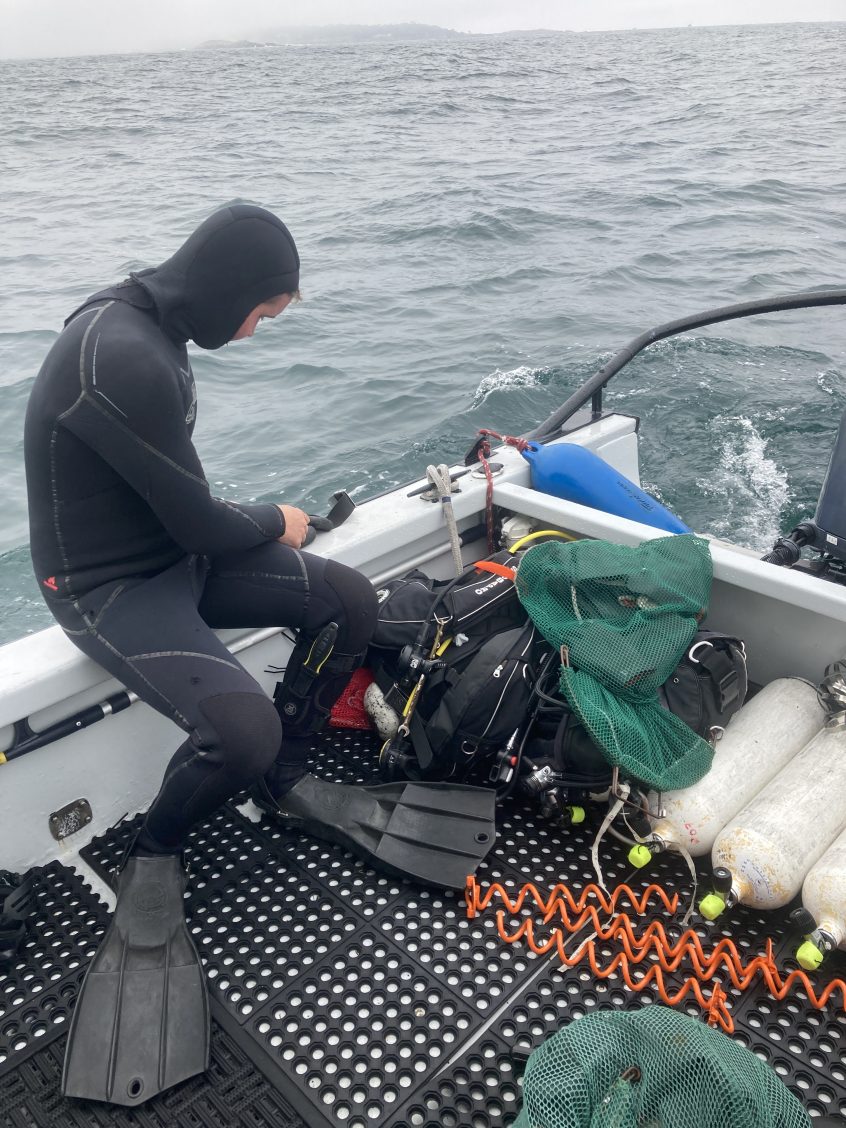 Undesirable weather came around again today after a couple days with ideal conditions. The fog was thick in the morning which caused the second day of divejet surveying to be canceled. Regardless, the R/V Sally-Ann still went out to China Rock and Asilomar in victory at sea conditions. Several more ADCPs were checked to make sure that they were level and not scoured in sand. Sand screws were used to prevent instrument scouring at high risk locations. Hopefully the screws work to hold the ADCPs in place during the next few days of swell. The small-scale array was also checked out one last time by divers. All instruments are set properly now.

The Sally-Ann ended up taking on some water along the deck due to the strong wind and large waves, but water was pumped out using the bilge and everyone made it back in safely, albeit a bit wet and cold. 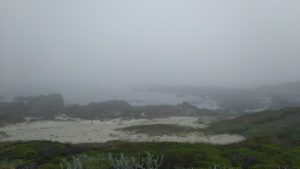 Meanwhile shoreline operations to continue GPS marking and add new float lines had to be put on hold due to the big waves, strong winds, and low visibility.