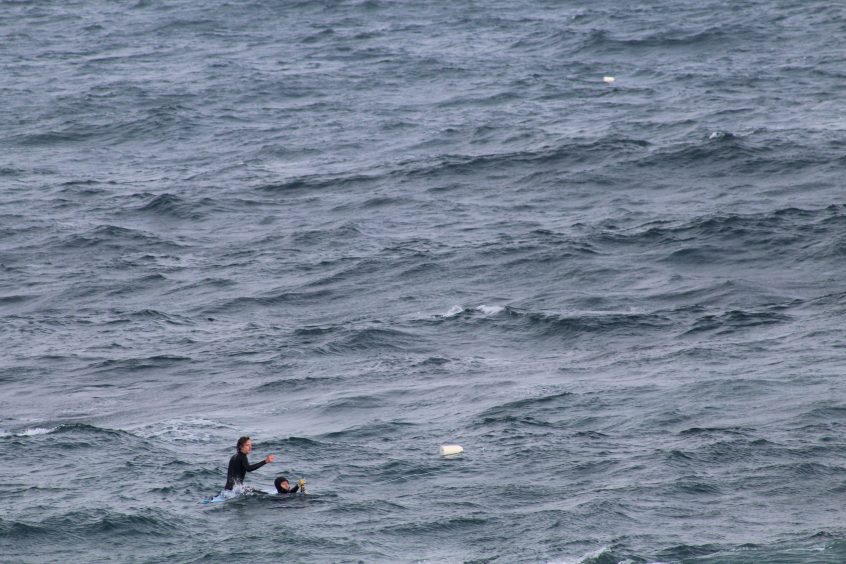 Gray skies and windy weather greeted the rocky shoreline of Monterey on Thursday morning, making for rough deployment conditions. The shore team started off their work at Asilomar, where Jamie Macmahan in his gung-ho manner, quickly hopped in the water with a wavestorm surfboard to deploy the remaining sensors at the site. The work there was completed quickly so the shore team relocated to the China Rock site to deploy more pressure sensors.

Teams were sent out one at a time in groups of two, each equipped with a surfboard, pressure sensor, and GPS. One person would paddle out with a surfboard and a pressure sensor which had a 35 pound weight. The other person would swim out to the deployment location to fulfill the buddy system as well as help the other person lower the pressure sensor into the water. One person in the team also used a GPS loaded with waypoints of where the various sensor drop locations were to navigate to the deployment spots. The GPS was hard to use, especially amongst the wind and waves, but the sensors were still deployed relatively close to their targeted locations. Conditions worsened throughout the morning, so only five pressure sensors were deployed by the shore team today. 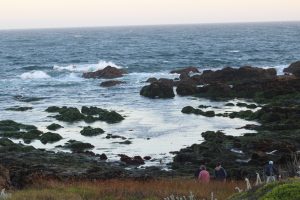 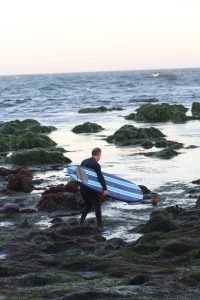 Jamie Macmahan getting ready to deploy a pressure sensor at Asilomar 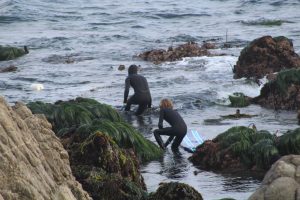 Getting out over the rocks at the China Rock site 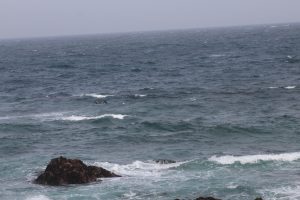 The offshore team had a tough time out on the water today. Only four more instruments were deployed in the bumpy seas and there was a fair share of seasickness going around. The boats ended up going back to the dock earlier than anticipated due to bad conditions. 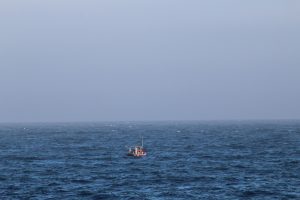 Whitecaps on the horizon making for choppy conditions

The UNC team began prepping the focus rock at Asilomar for instrument installation. Conditions were what Captain Kate called “spicy”. We got one dive in, and one hole drilled before the wind chased us back to the dock. Then, it was back to frame assembly and installing instrument batteries in the lab.