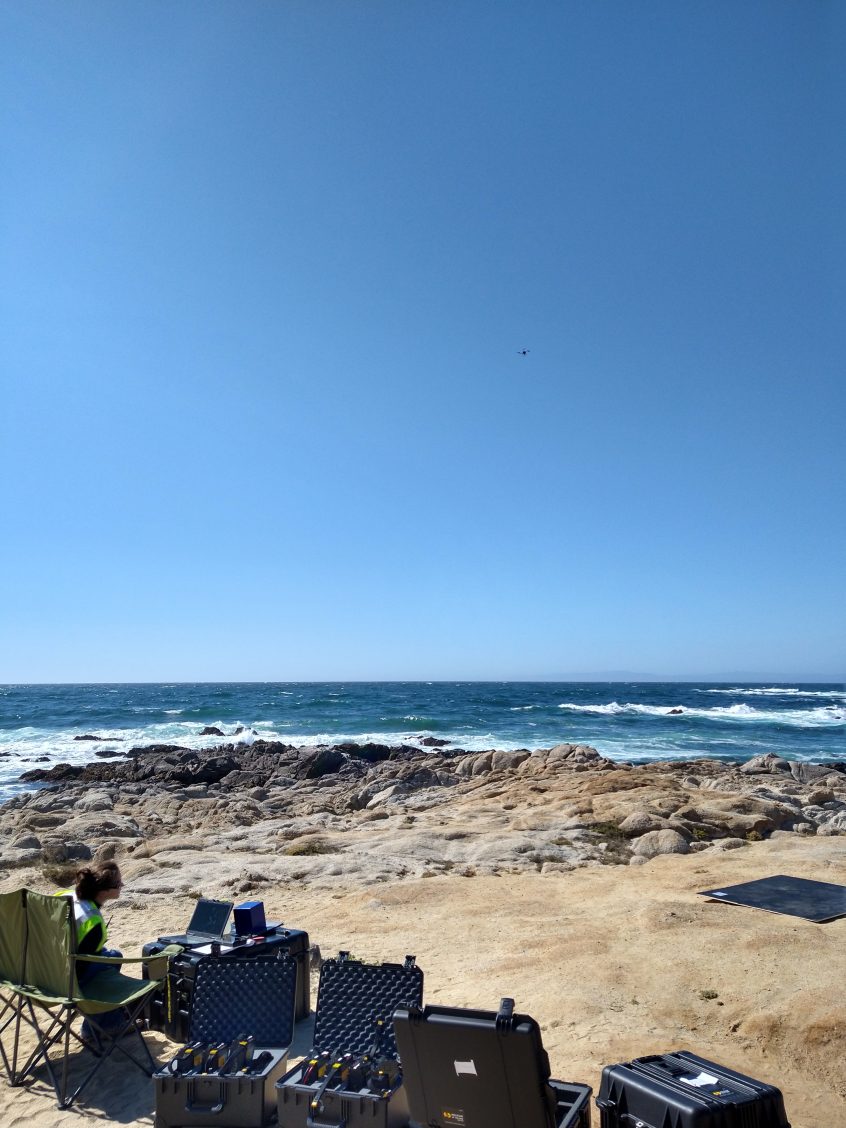 Oregon State’s camera tower was parked along Sunset Drive on June 16, and has been collecting video near continuously since then to observe waves and currents over the Asilomar ROXSI study area.  Three cameras are at the top of the tower, overlooking Pico Bay, the cross-shore instrument array, and the southern shoreline.  Foam drifting on the water surface has revealed remarkable circulation patterns in the rocky embayment, such as a consistent rip current exiting the bay.  Jamie Charlotte and Paul added an anemometer temperature and humidity package at the top of the towers. 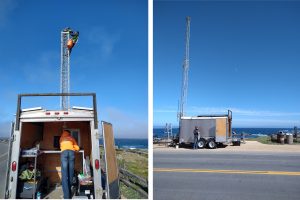 Setting up the video camera tower at Asilomar State Park, off Sunset Drive

The shore-based observations are being combined with lidar and video data from our AltaX drone.  We have had several successful flights so far — much thanks to Rosie at State Parks for helping us get situated in a great base location!  Here, the camera tower captured a shot of pilots June Matt and Greg setting up the drone for one of our first flights over the ocean instrument array. 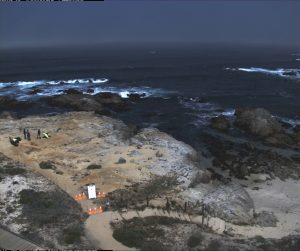 View from the Asilomar tower camera #2, while OSU prepraes for flying the lidar+video drone.

Preliminary analysis of our lidar data shows we are getting good measurements of the rocky shoreline topography, as well as the ocean waves.  The below image shows a 3d map of the lidar point cloud coverage for one of the drone missions, along with June’s “signature” flight path!  The data collected over water will be post-processed to extract the time-dependent wave motions. 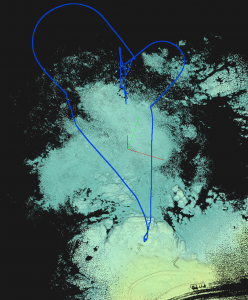 Lidar point cloud from a 20 minute drone flight over the Pico Bay at Asilomar. Blue line shows flight path, starting on shore and descending to a hover position just offshore of Pico Bay (upper-middle of image). The lidar data map out the shape of the water surface, approximately 10 times per second. 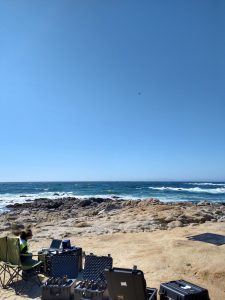 Drone pilot June looks on as we collect lidar and video data over Pico Bay at Asilomar (the drone can be barely seen in the distance). 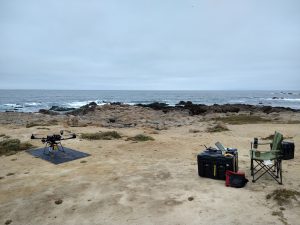 Oregon State’s drone getting prepped for a flight at Asilomar.